The Chinese multinational technology company, Lenovo, is all set to unveil its new next generation Moto G devices in the Indian market on Thursday, 17th of May. There is a lot of hype until now in the market going on about the launch of these two phones, Moto G4 and Moto G4 Plus, and the company is putting an end to those rumors now with this launch. The stage is set in Delhi, in the afternoon at 2:30 PM IST, for the launch of these two smartphones Moto G4 and Moto G4 Plus. The company says the smartphones will be Amazon India exclusive for sale in the online retail market, unlike the earlier launched Moto devices. 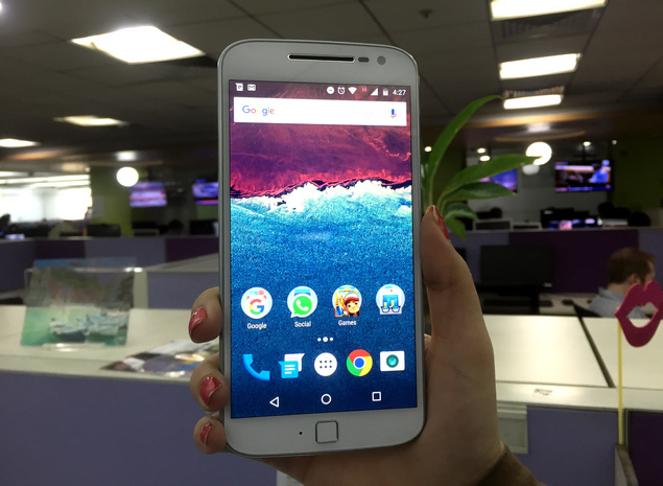 There are various teasers released about the smartphone by the company, boasting that the new Moto G spartphone will offer to its users an exceptional battery life, a fast auto focus camera and a superior performance. There are several leaks revealing the images and videos of the Moto G4 and Moto G4 Plus smartphones up until now. The well famous tipster Evan Blass, under his Twitter account @evleaks has also put out images of this upcoming Moto G4.

Various leaks have suggested that the specifications of the smartphone include a 5.5-inch full-HD (1080×1920 pixels) resolution display, powered by a 64-bit Snapdragon 617 octa-core processor along with Adreno 430 GPU that is paired with 3GB of RAM, with 16GB of inbuilt storage and a 13 MP rear camera. While the Moto G4 Plus on the other hand is said to sport a high resolution 16 MP rear camera. Coming to the front camera, both the smartphones sport a 5 MP on board.

Both the devices are said to run on the latest version of Android 6.0.1 Marshmallow operating system out of the box that has been installed. Both of the devices carry the WiFi technology, Bluetooth, FM Radio, USB slot, Fingerprint sensor, Accelerometer, and GPRS.